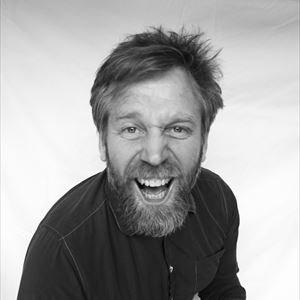 Mulit-award winning comedian, Tony Law returns to The Wardrobe in Leeds with another hour of critically acclaimed, unmissable surreal comaedy art as part of his brand new UK tour.
Tony Identifies as a Hominid, Homo Sapiens, Neanderthal, Indo-European horse tribesman, an Englishman, a Canadian, a norn iron man and a Trinidadian and a Tobagonian. A dog, a dog owner, owned by a dog, a surrealist, an absurdist and an artist who is comedy of person. A parent, a thrower, a catcher, a reader and a farmer.
Tony Law's 16th solo show is turning out to be his best yet. Top drawer Tony for connoisseurs of comedy who have seen it all and are funny in their own bones. The comedian's comedians' comedian for the comedy nerd seeking Dadaist nirvana.
"An unstoppable comedy force...you find yourself giggling helplessly." - The Scotsman
"Unstoppable comedy force...you find yourself giggling helplessly." - The Scotsman
"A surreal genius" - The Telegraph
"Wild, utterly absurd. and magnetic." - Broadway World
Tony Law is a three-time Chortle Award winner, Amused Moose Best Show winner and Edinburgh Comedy Award nominee.
His extensive TV credits include: 'Have I Got News For You', 'Never Mind The Buzzcocks', 'Celebrity Mastermind', 'The Culture Show' (BBC Two), '8 Out Of 10 Cats', 'The Alternative Comedy Experience'. Whilst on the Radio 4, listeners have been entertained by him on such shows as 'Tony Law's Surreal Guide To Surreal Comedy', 'Loose Ends' and 'The Infinite Monkey Cage'