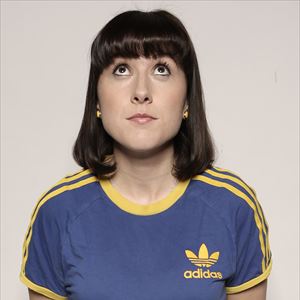 Yorkshire's own Maisie Adam brings her debut tour to Leeds with a show that asks: "Why are we always looking to point out other people's flaws?". Why are we so obsessed with blame?
Whether it's politics, relationships or a holiday to Florida in the 90s that went horribly wrong, sometimes things just bloody happen! Is Maisie a snowflake millennial shy of any responsibility, or is she holding a mirror up to our blame-hungry society? Before you decide, just HANG FIRE a second!
When Maisie was in Year 9, she googled herself on the school computer. The top result was a news story, accompanied by two pictures... two mugshots, in fact. It would seem, to Maisie's horror, that she was part of something dramatic that happened many years before - something known, it would seem, to everyone else but Maisie. At that tender age, this story was enough to lead Maisie to ask the question: why are we so quick to point the finger of blame, without knowing all the facts?